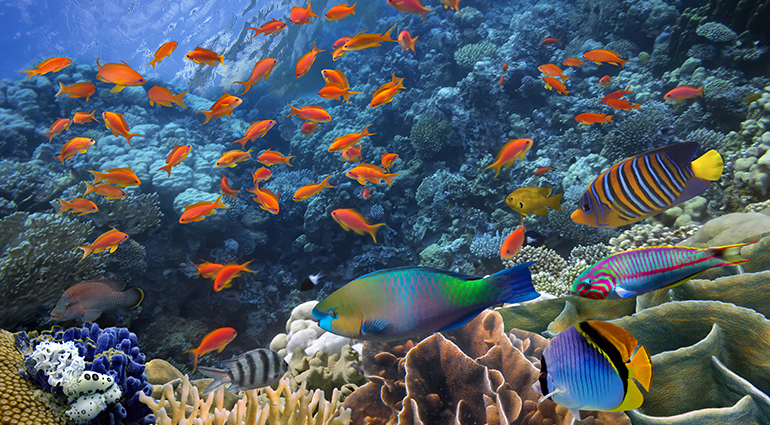 Our children needed a little coaxing to believe that it was worth putting on snorkeling gear to peer beneath the surface of the Caribbean Sea off the shore of the island of Tobago. But after they dove in, they resurfaced ecstatic, “There are thousands of fish of all different kinds! It’s so beautiful! I’ve never seen such colorful fish!”

Because the surface of the water looked similar to freshwater lakes near our home, our children could have missed the beauty hidden just below the surface.

When the prophet Samuel went to Bethlehem to anoint one of Jesse’s sons to be the next king, Samuel saw the oldest son, Eliab, and was impressed by his appearance. The prophet thought he had found the right man, but the Lord rejected Eliab. God reminded Samuel that He “does not look at the things people look at. People look at the outward appearance, but the Lord looks at the heart” (1 Samuel 16:7).

So Samuel asked if there were more sons. The youngest boy wasn’t present but caring for the family’s sheep. This son, David, was summoned and the Lord directed Samuel to anoint him.

Heavenly Father, thank You for not valuing people based on outward appearances but instead by looking at our hearts. Help me to take the time to see beyond simply what my eyes can see in order to discover true and lasting beauty.

God can help me to see the inner beauty in others.

By Lisa Samra | See Other Authors

Who taught you how to think about yourself and others?

Long before Samuel looked for a king among the sons of Jesse, God was teaching His children to see below the surface of our skin. From the days of Eden, He has been showing people like us that what happens in our hearts is more important than our outward appearance.

How has God’s interaction with the men and women of the Bible helped you to think about yourself and Him?